Driving Under the Influence FAQs 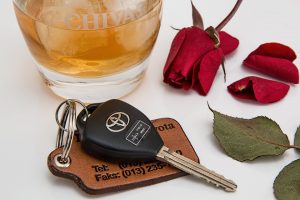 While each state has its own laws, rules, and regulations that govern driving under the influence (DUI) charges, there are some general facts that you should know when it comes to being charged with a DUI and the surrounding circumstances that accompany such a charge.

I Have Been Charged With A DUI, What Do I Do Now?

The best advice is to get legal representation as soon as possible. This is because you will have your license suspended and face a court hearing that will determine your guilt or innocence. Having proper legal representation means getting the best chance at winning the case or at least reducing the fine and potential jail time.

How Long Does A DUI Stay on My Record for Insurance?

How Much Will My Insurance Go Up After A DUI?

Again, while the amount may vary depending on where you live, the average increase after a single DUI conviction is up to 94% above what you are currently paying today. Essentially, you will be paying double the rate you currently pay for the first year and even by the third year the rate is still on average 63% higher compared to not having a DUI conviction.

The filing fee is a rather small one with the average being $25 or less depending on where you live. Plus, if you need to file both the SR-22 and FR-44 (read more about FR-44 in Florida and Virginia), you may receive a discount if they are filed together along with any other required forms. You will need to check with your state and insurance company to see what the exact filing rate is for both forms.

What is the Punishment for Drunk Driving?

The punishment for driving your vehicle while intoxicated and not breaking any other laws, causing property damage or injury can be up to one year in jail and a $10,000 fine depending on where you live. In most cases, a first time offense will result in probation which means no jail time is served, but you will have to pay the fine, court costs, having your driver’s license suspended, and the many other costs associated with a drunken driving conviction.

What is the Legal Blood Alcohol Content (BAC) Level?

In most states, the BAC is 0.08% which means that if you are under the limit you cannot be charged with driving under the influence. However, it is possible to be charged with reckless driving if you were driving erratically on the road. There are some states in which the BAC is less so you will need to check with your local laws to see what level is acceptable.