Five Bad Driving Habits that Can Cause a Havoc! 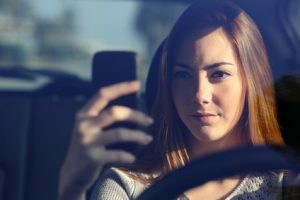 One of the reasons people pay a higher premium for car insurance is because of their poor driving record. The insurance company can classify you as a high-risk candidate for several reasons, and when you are in this category, then they will offer higher premium as well.

This is why you should maintain a good driving history. In this article, we will go through all the common bad driving habits that cause fatal accidents in the USA.

Even skilled and experienced drivers sometimes make crucial mistakes. Driving can be fatal if one is constantly distracted. Maintaining focus while driving is one of the most important factors that keep drivers safe.

Let’s go through some stats:

According to the NHTSA, traffic fatalities have decreased significantly since the 1970’s. Despite this fact, more than 35,000 people are killed in the US every year due to car accidents. Traffic accidents are among the top ten sources of death. In most cases, the key factor of an accident is an operator error. Here is a list of the top US drivers bad habits that usually result in an accident. Most of them are easily distinguishable, and a careful driver can easily protect himself from these amateur mistakes.

Driving Drunk or after Drug Usage:

In the US, the majority of car accidents happen when drivers are drunk. Alcohol reduces everyone’s ability to control a car as well as his reaction time. One-third of traffic-related deaths happens due to alcohol. Thirty Americans lose their life every day due to drunk driving. A lot of drunk people think that they are capable of controlling a car, but chances are they are not. One of the best ways to battle with this phenomenon is to take a taxi or let someone sober drive your car.

Texting while driving is a major distraction and can cause serious accident!

This habit has become increasingly popular over the last five years. Smartphones have become a part of our everyday life, but it is crucial to stop using them while driving. One out of four car accidents involves a smartphone.

Texting takes your eyes off the road, and that can result in a fatal accident. Everyone wants to answer his texts immediately, but he should have in mind that doing so puts his life on the line. If a driver cannot wait to respond his texts, he should pull over immediately. Next time, turn your phone off while driving or ignore incoming texts.

Speeding comes second after drunk driving, as the most common cause of car accident fatalities. Everyone can understand that the faster you drive the more possible it is to crash. That’s the primary reason speed limits exist. When every driver maintains the same speed, everything becomes more predictable.

While it is attractive to reach your destination on time, speeding is a risk you do not have to take. Drivers should keep their speed at reasonable levels to avoid being a part of an unexpected accident.

Not wearing the Seat-belt:

While wearing a seatbelt will not prevent a driver from crashing it may save his life. No safety technology is better than the seatbelt. It requires only a few seconds to put it on, and it can make an enormous difference in an accident. NHTSA states that seat belts saved 75,000 lives from 2004 to 2008.

Everyone can feel tempted not to wear his seat belt as it makes some people uncomfortable. However, drivers should wear their seat belt even at low speeds or while driving for a short period.

Distracted Driving can occur in many other cases apart from texting. Popular distractions include eating while driving, engaging in a conversation or even putting on makeup. NHTSA estimates that every time during the day there are more than 660,000 distracted drivers on the road. Eating can be tempting as well as all the other activities that distract you from driving.

Despite the temptations, one has to avoid getting his attention off the road and commit to focusing on the surrounding environment.

Some uncommon but fatal bad driving habits include: